Smoking is bad for your health. No surprise there; the Surgeon General has been warning us about the dangers posed by smoking for many years, and we’re all pretty informed about the list of negative health conditions associated with cigarettes. New evidence shows that people who smoke in Goodyear have a higher risk of head and neck cancer. Furthermore, the disease is more aggressive in smokers compared to non-smoking patients. 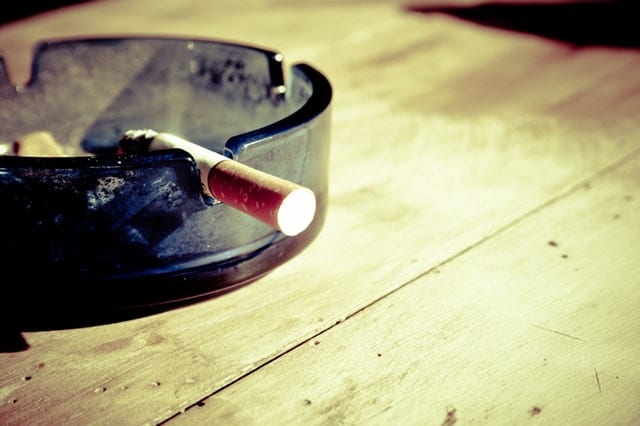 Cancers of the head and neck are the sixth most common type in the world. The majority are head and neck squamous cell carcinomas, or HNSCC. These form in the outer layer of the skin and mucous membranes of the mouth, nose and throat. Smoking is one of the top causes of HNSCC and is associated with less-effective treatment in those patients battling these tumors.

A group of scientists from Thomas Jefferson University decided to study the effects of cigarette smoke on the progression of tumors. Their study was published in the online journal Molecular Cancer Research; it found that patients with HNSCC displayed altered cell metabolism, which made their tumors grow more quickly and their cancers overall more aggressive.

The study was led by Ubaldo Martinez-Outschoorn, MD, Associate Professor in the Department of Medical Oncology at the Sidney Kimmel Cancer Center—Jefferson Health. Dr. Martinez-Outschoorn and his researchers had studied the interactions between fibroblasts and cancer cells in a prior study and learned that the metabolic products created by fibroblasts fueled the growth of tumors. This research indicates that HNSCC tumors appear to thrive in an environment in which distinct groups of cells support one another.

The research team exposed fibroblasts to cigarette smoke in their new study and found that this interaction caused an increase in a type of metabolism called glycolysis, which helped cancerous cells not only grow, but develop better mobility and increased resistance to cell death—prime factors in malignancy.

Monocarboxylate transporter 4 (MCTC4), in particular, appeared to be important in driving these changes. Experts hope they can manipulate this protein in order to reverse it. Figuring out the interaction between smoke-exposed fibroblasts and the cells of the immune system is another step in learning how to help the immune system recognize malignant cells and defend the body against them. This could lead to a more effective immunotherapy treatment to help cancer patients. An upcoming clinical trial is planned; this will determine whether a multi-pronged approach using the diabetes drug metformin and durvalumab, an immunotherapy drug, can be used in tandem to halt the growth of cancer cells while simultaneously strengthening the cells of the immune system.

Your Goodyear ear, nose and throat specialist always encourages you to avoid smoking. If you need assistance in breaking the habit, there are some good programs available that will help you quit. Contact an ENT doctor for more information.