Many parents avoid giving their children milk when they have a respiratory infection or if they have asthma. If you do this, you’re not alone. The old wives’ tale that drinking milk triggers excess mucus has persisted for centuries. However, research shows that drinking milk does not actually impact mucus production, and that it actually plays a beneficial role in children’s diets.

Where Did the Myth Originate? 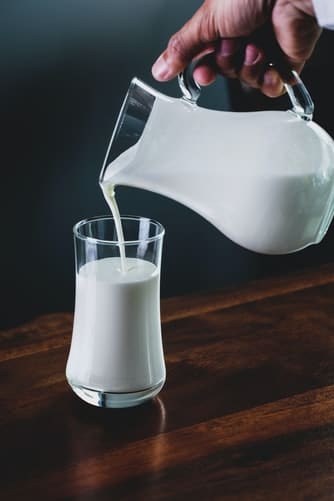 The myth of the link between milk consumption and mucus production can be traced back to 12th century Jewish philosopher Moses Maimonides, who wrote that milk causes a “stuffing in the head.” This concept has held on for centuries, and was even published in the 2011 edition of Dr. Spock’s Baby and Childcare.

One survey of 300 American parents from 2004, published in The Pediatric Forum, found that 59% of respondents believed milk increases mucus production, 20% weren’t sure and 22% asserted it does not.

What the Research Shows

A 2012 study by the BC Children’s Hospital states that “studies have not been able to provide a definitive link” between milk and increased mucus production, and that “milk should not be eliminated or restricted.”

Dr. Ian Balfour-Lynn, a respiratory specialist from the Royal Brompton Hospital in London, confirms: “Milk does not cause lots of extra mucus to be produced when someone has a cold or any chest disease, including asthma. Milk is an important source of calcium, vitamins and calories in the young. It should not be avoided.”

So next time you’re visiting the Downtown Phoenix Farmers Market, make sure you show support for your local dairy farmers.

How Come It Feels Like Milk Causes More Mucus?

On top of this being a commonly held perception, many people believe it to be true because they feel as though they’ve experienced it themselves. So if it’s not actually mucus, what is it?

In essence, milk is fat dissolved in water; the sensation of a coating in the mouth after drinking milk is simply the result of your oral enzymes interacting with the milk.

According to Dr. Balfour-Lynn, “The mucins in the mouth appear to cause emulsions to form aggregates, which means the volume increases and it gets stickier. It is likely what some people feel in their throats, which they mistakenly believe is extra mucus.”

For more information about the relationship between milk intake and mucus production or to schedule an appointment, call the experts at Arizona Desert ENT Specialists today.