The tonsils and adenoids are part of the lymphatic system and serve as defenders of the immune system, protecting your body by preventing germs and bacteria from entering through your mouth and nose. Occasionally, they will develop problems themselves, requiring the attention of an ENT specialist. 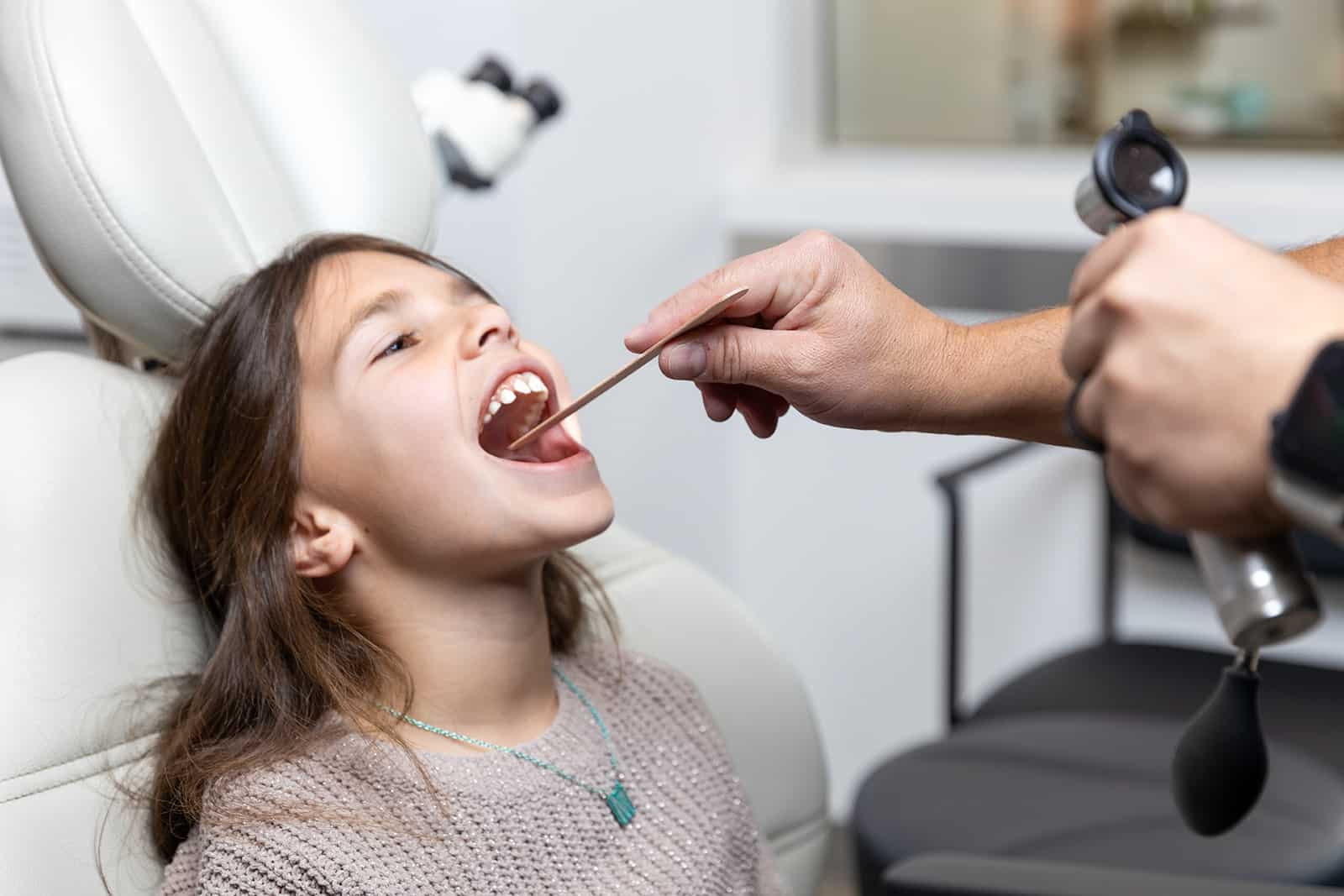 Tonsillitis is an inflammation of the tonsils that leads to swelling, sore throat and difficulty swallowing. It is usually the result of a viral or bacterial infection and tends to affect children more frequently than any other age group.

The tonsils – tissues that serve to trap germs and bacteria and prevent infection – are located in the back of the throat. Their constant exposure to germs makes them susceptible to infection themselves. Following puberty, their role as immune system defender declines significantly; this is why tonsil infections are far more common in children than adults.

Tonsillitis is the name given to a tonsil infection, swelling and inflammation of the tonsils caused by viruses, bacteria, allergies or upper respiratory disorders. In addition to red and swollen tonsils, symptoms include white or yellow patches on the tonsils, sore throat, difficulty swallowing, fever, tender lymph nodes, bad breath, headache and stiff neck. Younger children may be extra irritable, drool excessively and refuse to eat.

Because the streptococcus bacterium is a frequent cause of tonsillitis, doctors will usually test for strep throat when a patient is diagnosed with a tonsil infection.

How tonsillitis is treated depends on whether it has been caused by a virus or bacteria. If the infection is viral, it should clear up in a week to ten days, and home remedies should do the trick. Make sure you get lots of rest and drink plenty of fluids, especially warm liquids like broth or tea with honey). To soothe your throat, gargle with warm saltwater several times a day, eat cold treats such as Popsicles and suck on lozenges or cough drops. Avoid cigarette smoke and other irritants. If a bacterial infection such as strep throat is responsible, antibiotics will be administered.

Your doctor may recommend surgical removal of the tonsils (tonsillectomy) if the condition recurs frequently.

You’re probably familiar with tonsillitis, an infection of the tonsils caused by viruses and bacteria but did you know your adenoids can also become infected? Your adenoids are a pair of soft tissues masses located behind the nose and roof of the mouth that trap germs and create antibodies that aid the immune system in fighting off infection. Since your adenoids play such a key role in protection, they often come into contact with germs and then become infected. This condition is known as adenoiditis.

Adenoid infections often affect children, but are nearly unheard of in adults; this is because the tissues begin to shrink around the age of 5 or 6, and disappear completely in most people by the time they reach their teens.

Virtually any virus or bacteria can cause an infection of the adenoids.

Enlarged adenoids can block airflow through your nose, which can lead to mouth breathing, snoring and a dry and sore throat. Yellow or green discharge from the nose can also occur. In addition to swollen adenoids, infected adenoids can lead to middle ear infections, sinusitis and a chest infection.

Because adenoiditis symptoms closely mirror other conditions, an in-depth examination is necessary in order to properly diagnose the condition. Your child’s doctor will examine their ears, nose and throat, and check for swollen lymph nodes in the neck. X-rays may be ordered because the adenoids are often difficult to observe visually.

If the cause of adenoiditis is viral in nature, it should run its course in a matter of days. Symptoms can be treated with over-the-counter medications (antihistamines, decongestants or pain relievers), fluids and rest. If a bacterial infection is to blame, antibiotics are the usual method of treatment.

Chronic ear infections, a frequent cause of adenoiditis, may require surgical treatment. This procedure to remove the adenoids, known as an adenoidectomy, is routine and performed on an outpatient basis. It is often recommended that a tonsillectomy (surgery to remove the tonsils) be performed at the same time, since tonsillitis and adenoiditis often occur simultaneously.

If surgery is required to remove the tonsils and adenoids, recovery usually takes seven to ten days. The following steps are recommended to make it as painless and smooth as possible:

Keep in mind that scabs will form where the tonsils and adenoids were removed. These should fall off five to ten days after surgery. There should not be any bleeding other than a little spotting in the saliva. If bright red blood is seen, contact a physician immediately.