Hearing loss can affect those of all ages, including children. Diagnosing and treating hearing loss in the pediatric population requires different instruments than those used on adults. Children may also suffer from different disorders.

To test the hearing of newborns and infants, subjective tests must be used, as newborns are unable to articulate what they can and cannot hear. Auditory Brainstem Response (ABR) provides information on how well a child’s cochlea and neural pathway is functioning. Electrodes are placed on and around their head to measure their brainwave activity in response to sounds. Otoacoustic Emissions (OAEs) are the barely audible sounds given off by the hairs lining the cochlea. A small probe is placed into the ear and a sound is played to elicit the release of OAEs. If no OAES are detected, this could mean there is a blockage in the ear canal, fluid in the middle ear or damage to the hair cells within the cochlea. 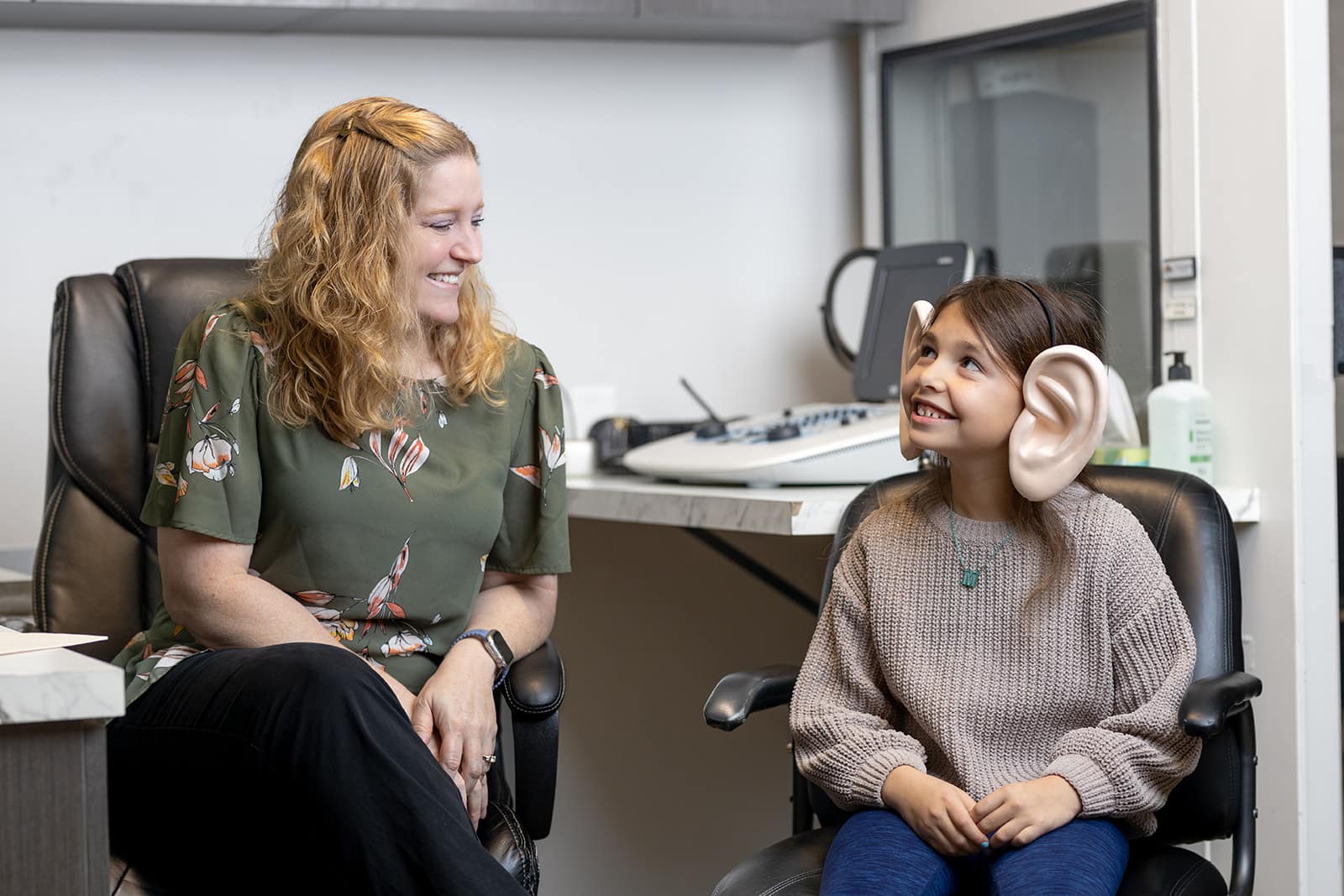 For slightly older children, visual response audiometry and conditioned play audiometry can be used. A sound is broadcast through speakers within a specially designed booth. Depending on the child’s age, they are either taught to turn their head toward an animated toy or video (visual response) or drop a block in a bucket (conditioned play) when they hear a sound. These versions of pure-tone testing cannot discern single-sided hearing loss.

Speech discrimination tests can be performed on children three years of age and older. A series of words is read aloud to the child and they are either asked if they heard the words or they are asked to repeat the words back to the tester. This test may be performed in different environments with different levels of background noise.